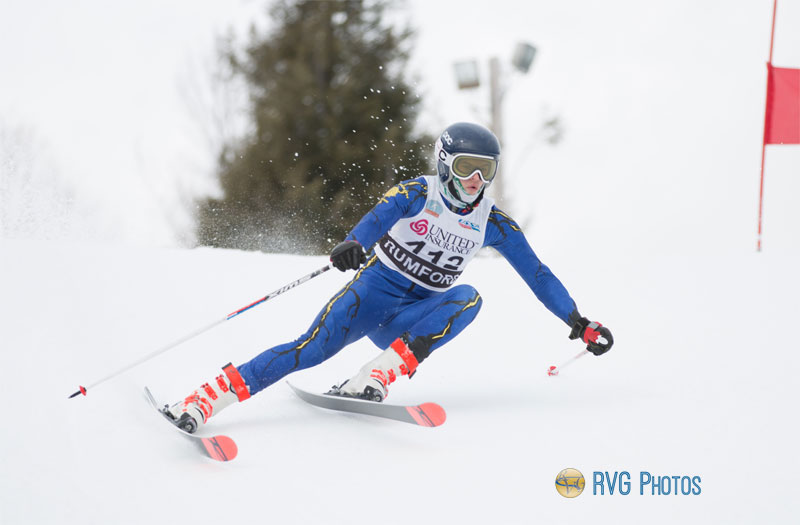 Fourth place went to Josh Smith of Mt. Blue with a combined score of 1:46.97. Taking fifth place was Nolan Dries of Windham, who had a total time of 1:47.13. Skiing to a combined time of 1:47.62 was Falmouth/Waynflete's Porter Bealieu, giving him sixth place.

After the first day of competition, Falmouth/Waynflete held a 752 to 736 lead over second place Mt. Blue in team points. Freeport/Brunswick was in third wih 734 points.

The men will continue their chase for the team state championship tomorrow with the running of the slalom race.