Taylor Gordon of Mt. Blue was victorious in the Black Mountain 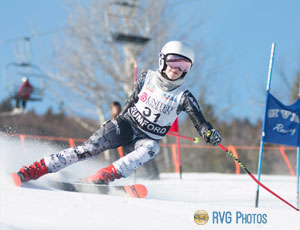 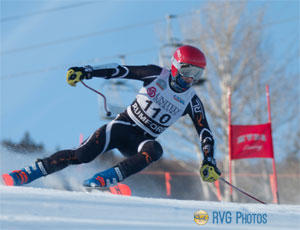 In the boys race, Mt. Blue took all three podium spots with Eli Yeaton taking the gold with a two-run total of 1:53.29. Teammate Josh Smith took second with a total time of 1:54.14. In third was Jake Kearing, who had a total of 1:54.60. Rounding out the top six were Quinn Breen of John Bapst, Miles Lambke of Skowhegan, and Jacob Tyler of John Bapst.

This race served as a tuneup for next weeks Mountain Valley and Kennebec Valley Athletic Conference Championships.

Race photos are available at