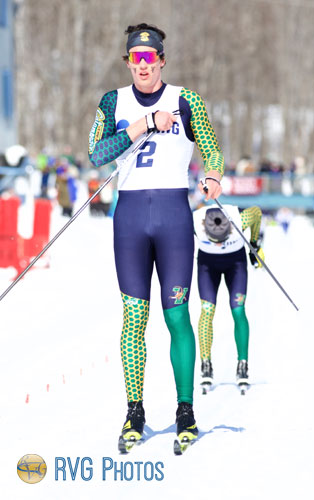 captured his second gold medal, or in this case a cowbell, at the NCAA© Regionals during the Bates Carnival in Rumford, completing the 20k race in 52:49.6. It was the second win in as many days for the South Burlington native, as he won the 10k freestyle race on Day 1 of the competition. Harmeyer's teammate Ben Ogden, a freshman from Landgrove, Vermont who dominated on these trails last year at the Eastern High School Championships, came in second with a time of 52:50.8. Third place went to Dartmouth senior Callan DeLine, a Vail Ski and Snowboard Academy graduate from Avon, Colorado, who completed the foul laps in 52:51.2. 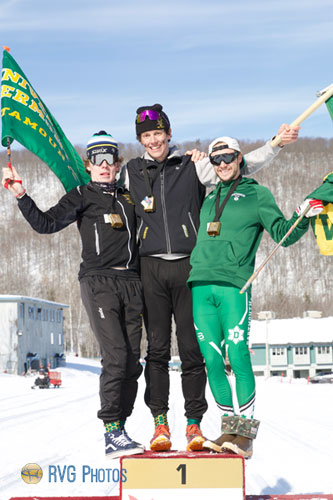